Double accomplishment for Giovanni Cusinato: he celebrated his 80th birthday and 55 years of history for the Paduan company he founded

It was a double accomplishment for Giovanni Cusinato as he celebrated both his 80th birthday and 55 years of history for the Paduan company he founded: Giovanni Cusinato Srl, a leader in plant building for the storing and handling of fragile products.

The celebration held on Saturday, February 23rd was marked by emotion and affection on the occasion Giovanni Cusinato‘s 80th birthday and the 55th anniversary of activity for Giovanni Cusinato Srl, the company he founded in San Martino di Lupari, Padua.

An already world-renowned company that manufactures storage and handling systems for fragile and delicate products for several industries such as pasta, pet food, grains, pulses, sweets, dried fruits etc, Giovanni Cusinato Srl exports to more than 65 countries, and works together with over 170 pasta manufacturing plants, fulfilling the storing and handling of more than 25% of the worldwide production of short pasta each year.

Above all, the event of February 23rd was the occasion to celebrate Giovanni Cusinato as a man. A self-made entrepreneur who, despite growing up in the most extreme poverty, has always believed in his own talents and looked to the future with great foresight.

More than 170 guests attended the celebration, including all of the Cusinato Group employees as well as customers, representatives, consultants, friends and relatives.

It was also an occasion to present every guest with a freshly printed memoir, in which Giovanni Cusinato recalls the personal and professional journey that led him to achieve many significant goals in his career.

Gerry Boratto, the mayor of San Martino di Lupari, attended the reception and awarded Mr Cusinato with a commemorative plaque on behalf of the municipality, in addition to appreciating the company’s positive effects on the area.

Many public appreciation speeches were delivered, particularly by Sonia, Fabrizio and Vanni: the daughter and sons of Giovanni Cusinato; as well as by the employees showing their affection and sense of belonging, and even some speeches by a few long-standing customers.

Lastly, the celebration was not without parting wishes as Cusinato bid farewell to an employee retiring from his professional life within the company after 43 years of activity. 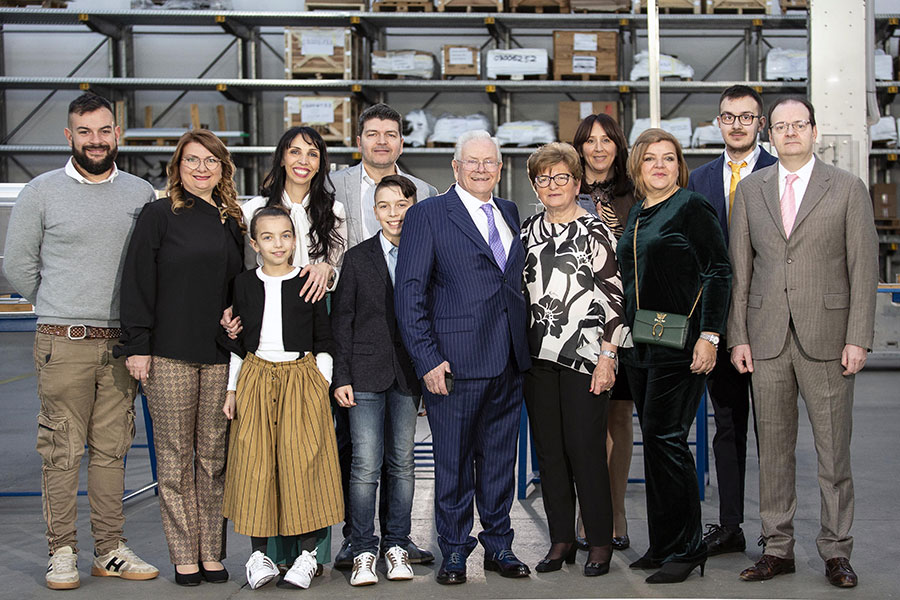 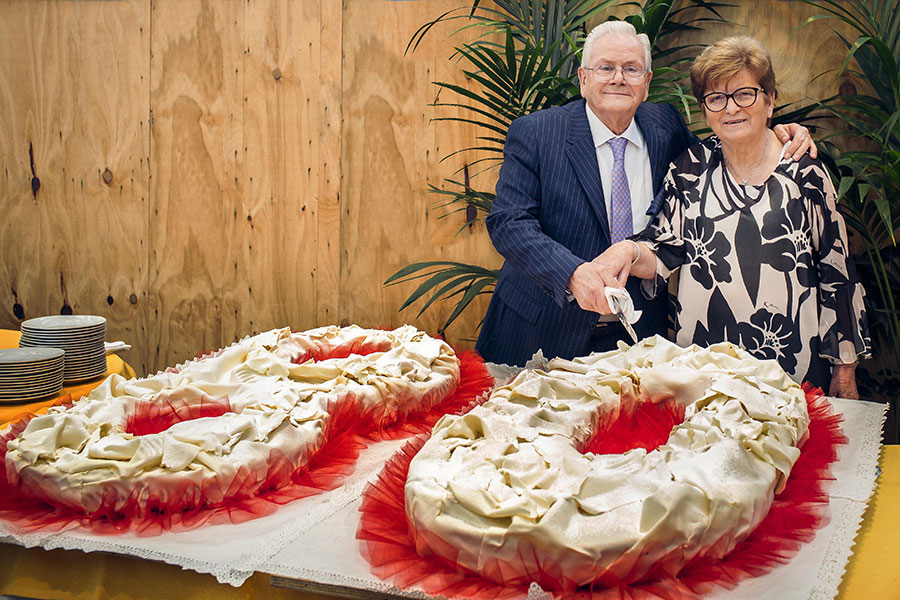